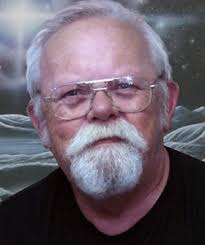 Dallas paints on the artristic easel Mk 4 and the latest Studio version, released in 2018.

Every artist has a story. For multi-award winning Australian artist Dallas Nyberg, there are almost too many to count. Now officially “retired”, the majority of his works these days are commissioned. While his primary medium is airbrushing in acrylics on stretched canvas, he is also well known for more rustic works on wood and leather. Occasionally working with pastels or coloured pencils, he has also worked in pen and ink, produced a collection of tattoo art, and created the artwork used for Slim Dusty’s 50th anniversary album cover back in 1993.

It was not an easy path to success at first. Harboring a childhood passion for drawing that he never had the chance to pursue in his youth, Dallas spent much of his early life experimenting with his art, teaching himself when there were no teachers to learn from. Through much of this time he found himself disappointed with the results. Then, in the early 1980’s Dallas turned his passion to create in a different direction – learning leatherwork. By 1991 he was so accomplished that he opened a shop in Taree, NSW where he created and sold custom tooled leather goods, pictorial leather art and a variety of other artworks.

Dallas began teaching leatherwork classes and eventually moved his business to a historic reconstruction theme park known as Timbertown in the township of Wauchope. The business took off as visitors to Timbertown discovered the amazing work behind the doors of the tiny Bevel and Brush storefront. Finally able to earn his living as an artist, Dallas began expanding his artist skills. He learned to airbrush, and to create incredible art with pyrography – the art of burning images on wood. When Timbertown closed down a few years later, Dallas was forced to move and start over with his business, but deteriorating health eventually forced him to let the business go.

Moving to Cowra in the year 2000, Dallas worked at a local railway museum and almost completely gave up art for 8 years. It was a request from a friend that brought him unexpectedly back to his passion for painting. Convinced to airbrush a painting on an old refrigerator door as a raffle prize for a signwriters’ convention, Dallas was shocked to find he was expected to paint the piece in public, and within the two days of the convention. He was even more shocked at the close of the event to find his work had been awarded the prize for the best airbrushed work in the art competition at the event!

From that point onward, Dallas returned to his art with a passion, producing the most stunning photorealistic paintings of almost any subject possible. Perhaps the most breathtaking are his animal and bird studies. Whether depictions of wildlife from Australia to the wilds of Africa, or a much loved domestic pet, Dallas’ ability to depict incredibly  lifelike scenes and postures is mesmerizing.

Dallas bought his first Artristic easel after seeing our founder Tony Barber appear on ABC television show, The Inventors in 2011. Since then he has been a valued member of our Artristic artist family, contributing feedback and suggestions for our product development team.

Dallas credits his Artristic easels with helping him to paint more quickly and creatively.

In his own words:
“My art abilities instantly took a giant step forward. I was curious and skeptical at first but after watching an actual  demonstration it was obvious that this easel is a watershed moment in art. Something exceptional. This easel bends and breaks all the rules of conventional easels but somehow I can now paint faster and more creatively than before with increased quality.”

Dallas works from his studio in Cowra, New South Wales, producing works with airbrush and traditional brushes that have won awards across the country. These days he also teaches, sharing the many thousands of lessons learned across a lifetime with other artists. Sometimes in organised classes, most often by posting a detailed and carefully described photographic record of  “Works in Progress” on his Facebook page.

Dallas recognised the potential of the Artristic easel from the very first time he used it:

It was far better than I could have ever imagined. I loved the way the easel clamped to canvas stretchers from the back, thus leaving the edges totally free to paint. I could rotate and tilt my painting without removing it from the easel and instantly adjust the height.

Dallas spoke in depth about his Artristic easels in a 2013 feature interview with Artist’s Palette magazine. 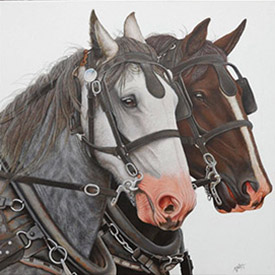 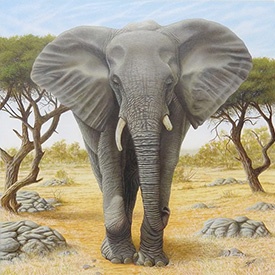 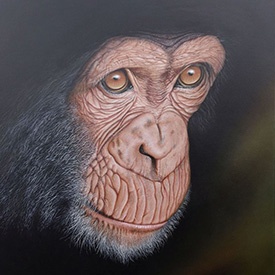